Rachel openly speaks about her experiences, and of the support she received in the NMH, so that people would feel that they have a safe space where they can share their stories and grieve. Rachel’s story, lets people know that is okay to talk to each other, support each other and with the support of the NMH staff, know that you’re not alone. 💗 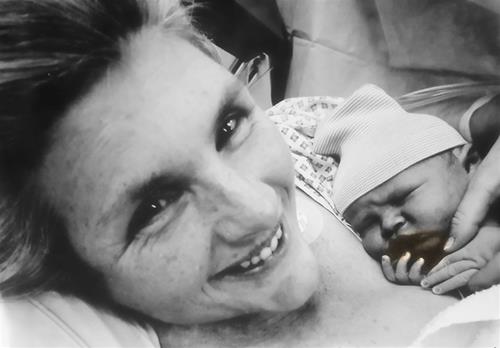 came to want to go ahead with another pregnancy there was not anywhere else I would even dream of going, even though I live in the middle of nowhere in Wicklow.

I managed to become pregnant in 2016, but that unfortunately ended in an early miscarriage. I got everything checked with my GP and it became apparent that my thyroid, diagnosed in 2011 as Graves’ Disease had been overactive. Your thyroid has to be at a certain level to sustain a pregnancy. At that stage I had only had one loss, not to count the one before Phoebe, so it was basically a case of trying again. I got pregnant again and unfortunately that ended in another early miscarriage. By the third miscarriage, we were referred to The Recurrent Miscarriage Clinic at The NMH. I just found out before the appointment that I was in early stages of pregnancy again, but we went along anyway to see what we should be doing. That again ended in an early miscarriage.

As time went on I had been taking progesterone, but unfortunately that just kept meaning that I didn’t bleed and I’d think everything was okay. I’d go for an early scan and there would be no heartbeat. I tried acupuncture, which again seemed to make me more fertile. I seemed to get pregnant very easily but I just couldn’t keep a pregnancy.

My GP was telling me to give up because they said that my mental health was suffering. I am quite tenacious and I wasn’t letting anyone make that decision for me until I was told there wasn’t a chance. I was nearly 40, so you start panicking. My hope was that my own mum had my little brother at 43.

My thyroid was still wonky and I went to see a consultant at the Blackrock Clinic. He tried to get my thyroid regulated and he did succeed. Again, I got pregnant and subsequently had another miscarriage in October 2017. This time I had to go for a D&C that I had never had done before. Sarah, the Bereavement Midwife, was there by my side. She is just fabulous, and every time I fell down, she built me back up. I resigned myself to the fact that here we are and this is what we have go through. I was waiting to go into surgery and I got chatting to this gent, I don’t who he was. He said, look you can’t give up. I’ll never forget him and he just made me so determined. We were in that same little room where I actually ended up going to have my caesarean for Hector, amazing how life turns around.

After I had recovered, I got back on the phone to the consultant for an appointment. In the meantime, I had had my bloods taken because of my thyroid. My autoimmune levels went to 400 and I was put on steroids. Because of the Graves’ Disease, my body was thinking when I got pregnant that it would reject whatever was there. Dr Cathy Allen turned around and said this is your last chance, go home and give it one last shot. With my age that if it doesn’t work this time, we would be looking at other ways.

I had been through so much at this stage, that I just thought let’s see what 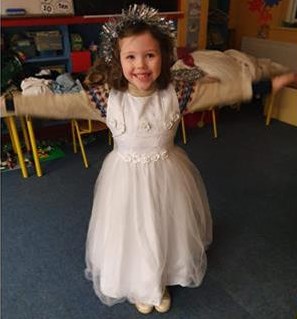 happens and if it is not meant to be I have a beautiful daughter.

My sister was having her third child the date when one of our babies was lost. It was a hugely emotional time and obviously I was happy for my sister. I remember when her baby was born and I had a panic attack. I feel so bad for this because I just remembered sobbing, I couldn’t cope knowing that she had her baby. It sounds awful but why can she have three babies, and I can’t even have another one.

As it turns out, a week later I found out that I was pregnant. I had one miscarriage before Phoebe and five post so this was my seventh pregnancy.

You start hoping but you are also nervous because you have been through so much. Every day before the eight-week scan, I am not even religious but I prayed. On Valentine’s Day when I got to The NMH, I didn’t even want to have the scan. Sarah was there waiting for me and Mary Lou gave me a big hug. It was so hard and the anticipation was just awful. Valerie did the first scan and saw that heartbeat. I could not breathe, I just couldn’t actually believe it was okay. Just to see the little heartbeat on the screen, the measurements were fine and I think we all cried. This had been two years of constant disappointment.

When I had been starting off, Phoebe was two and she was now four. She had more of a grasp of what was going on, we couldn’t say anything because I just didn’t want to, and I wouldn’t even talk about being pregnant. We did not tell anyone until after the twelve weeks, I didn’t want to talk about it, I didn’t want people to ask me, because I was so scared that I would jinx it.

I was due to see Dr Cathy Allen every week, but there was one week around nine weeks that my friends had taken me out for Sunday afternoon tea. It must have just been a bug but that night I could not stop getting sick. I thought this is it, over again because of sickness and diarrhoea, I had always associated it with news of losing my baby. I was due to go in the following week for a scan but I couldn’t go because we got snowed in. When we finally got out, we went to do some shopping and a woman crashed into the back of our car, she skidded. I was up the walls. Thank God Phoebe was alright! We went straight to The NMH, Valerie did a scan and again we all cried because everything was okay.

Each of those little weeks was another milestone and Sarah was there each step of the way. I can’t praise The NMH staff enough, they made me feel so important and so valued. The job they do is just phenomenal. I wouldn’t have Hector if it wasn’t for them.

The day he was due to be born, I went in for my caesarean which was a hugely emotional time. After he was born, each and every one of them came to see him, Valerie, Dr Cathy Allen, Brenda and Sarah. How amazing is that, they each took the time and were so delighted. I was in for five days and the day I left, I thanked every one of them, from the cleaners to the consultants, they all matter.

My husband, Mark, was my supportive rock through the whole process. Having him there, along with the support of the staff in the hospital, meant so much to me.

Hector is two and half years old now, and a beautiful boy. Phoebe is six and loves 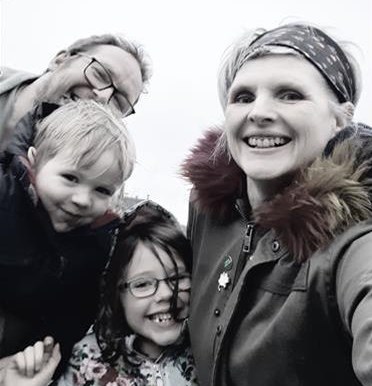 him. We have two beautiful children. It is actually perfect, they complement each other and they play with each other.

I still stay in touch with The NMH. They are just phenomenal – the work they do, it changes lives. We love you!

On behalf of all the mothers, I am asking you. If you can, please support the NMH Foundation this Mother’s Day.