Maria' Letter for you

I don’t know where to start. All I can tell you is that I am beyond happy to be able to lift Fionn up into my arms and squeeze him tight every single day. That I can snuggle into his hair and feel his hands curled around my fingers before he goes to sleep is a gift that I thought I might never have. He’s come such a long way. We all have.

Back last year I was happily pregnant, passed the 12-week mark, everything was normal (apart from Covid of course) and I had a bleed. I’d had a miscarriage the previous year so we got ourselves straight down to Letterkenny hospital and we were told that there was a tear in the amniotic sac, and it was a Friday evening, and to go home, that either I was going to miscarry or the baby was going to get an infection from the opening in the sac. It was just so bleak… We were devastated.

But our little Fionn as is turns out is a fighter. No, in fact he’s a warrior! 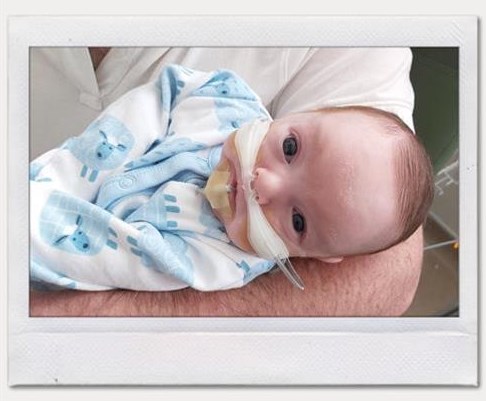 Even though we managed to get to 29 weeks under the incredible care of the midwives in Unit 3 in The NMH in Dublin, he was still way too early and we weren’t at all prepared for how scary and dramatic it would turn out to be. He was born the week before Christmas, and even though all of the staff have their own families to be thinking about at Christmas time, we felt like Fionn was the centre of their universe too. He was all that mattered.

I have so much admiration for all of the doctors and midwives. They’re really special.

The first twenty-four hours were critical for him, but the wee champion kept on fighting. He was on different machines, and it was so hard to watch but we were just so glad that he was there.

The midwives helped me to have Kangaroo Care, skin to skin contact – which was amazing for him and for me. He was tube fed, so I wasn’t able to breastfeed him for a long time. He was three weeks old when I got a first cuddle, we were able to hold him. There was a little bit of fear because he had wires and tubes on him, but it was best feeling in the whole world.

There really isn’t anything that can prepare you for having a baby who is so tiny, and so sick. It was such a scary and upsetting time for me, so much to worry about, so much to try to understand. But the staff at The NMH, I’m just so thankful for them. The support they give the mothers and fathers is unbelievable, it’s gold. I wouldn’t have gone through lots of days without that NMH family. You’re there in the hospital, you don’t have your own family, it’s Christmas and it’s a long way from home. They were helping me so much, giving me advice and guidance that your own mammy at home might give you. But their knowledge and experience is incredible. So they were like our second family, our home from home.

We were just taking one day at a time, just focusing on him. 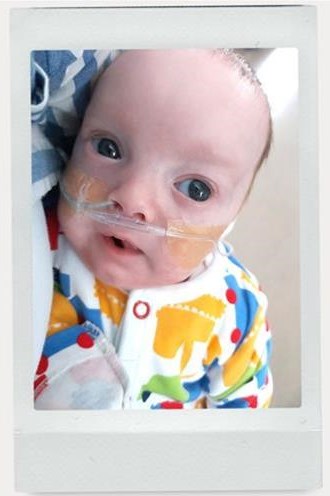 He had so many setbacks. But we knew he was surrounded by the people who were so determined to figure him out, and they reassure you that, a setback is just baby’s way of saying he wasn’t ready to go to the next stage.

But it wasn’t until I got him home and my mum said to me that she was terrified of holding Fionn for the first time, she’d never seen a baby so small. Because I’m looking at him every day, I probably can’t see the change as much as other people would.

So I brought home a tiny baby in April, but to me he was a big baby!

And I look at him now, and I can’t help but think how very lucky we are. He’s right here. He’s so precious. And so BIG!

And he’s such a curious wee man! We are really looking forward to his first birthday and his first Christmas at home. What is he going to make of the lights and the tree and Santa? 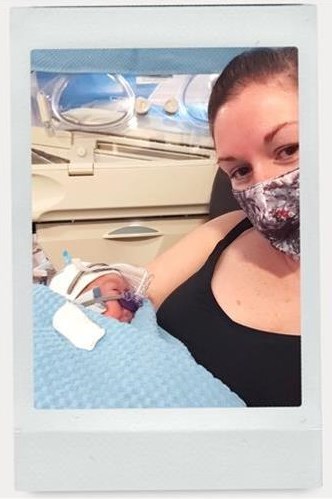 the world last year, but we’re working on that. One day at a time. As always.

I’m writing this because I know you support The NMH. I got to see how your support makes a difference in lifesaving equipment, and research and training and the small stuff too – clothes that fit, blankets and nests, treats for mums and dads, time on the Angel Eye Cameras. You’re giving families hope. You helped save Fionn.

My baby didn’t ask to come into the world early, but he’s doing everything he can to figure it out from here. Thank you from the bottom of my heart for helping to give my wee warrior a fighting chance.